London – the great big capital of England, a city that sits highly atop most people’s bucket lists, most people’s dream cities to visit. London, a city with so much history and so much to offer – but, could London really be its own country?

There is no doubting that many already consider London to be a ‘mini world’ within a world, the cultural diversity of London is what makes the city such a fascinating one to be in; one walk around Camden Town for example will see your ears flutter with the accents of a thousand languages being spoken as you wonder the stalls, markets, and everything else. So, in terms of diversity, London more than ticks the box for criteria needed to be a country in itself.

What else is key for a country? We have rounded it up to 5 key ingredients to what makes a country, a, well, a country!

With a tube system like this, it could very well support itself and its people as a country.

Strong economy? A leading economy, strong housing market, plenty of city jobs for those go-getters out there, the London economy would do well as a nation.

Plenty of 5 star-esque places to stay? London is awash with world renowned hotels alike, and plenty of sites offering great deals such as Hotel Direct for those looking to travel to London.

Historic monuments and things to see? Have you ever been on a tour around London? From Buckingham Palace to Big Ben to the London Eye – there is no doubting that the city offers a captivating list of things for newcomers to see.

So, this is the 5 key ingredients we have marked for what makes a country succeed. But, is there a real possibility of London actually becoming a breakaway country of its own one day?

London Mayor Boris Johnson recently unveiled tentative plans for a brand new airport hub to be built on the River Thames edge itself. With 3 airports already in close proximity to London, an airport right in the heart of the city itself could be just what a brand new breakaway country ordered. 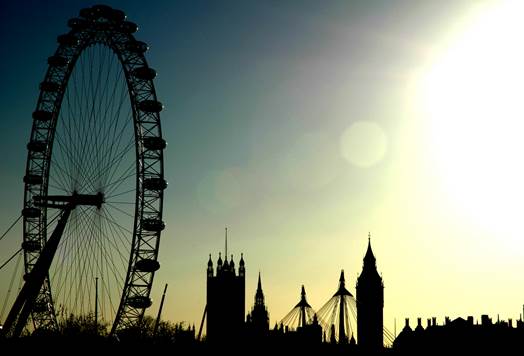 As a country London has more than enough entertainment

Of course, breaking away from the UK is no easy feat to achieve, just take a look at the current tension between Scotland and those who want Scotland to become an independent nation and those who see the benefits of staying part of the UK, there is, of course, no pleasing everyone. In theory, London would never truly break away from the UK, but this article is not suggesting that it would, this article is merely stating that London more than has all the ingredients needed to be a country within itself.

So, for arguments sake, what would happen if London were to breakaway from the UK at some point?

First of all, a new currency would most likely be introduced. Would London the country become a part of the Euro and accept the Euro currency as their own? Probably not. What about a brand new currency? Could we see brand new notes embellished with the face of Boris Johnson and Co making their way into the monetary system of London? That would certainly be a scary currency to look at and we certainly hope not, sorry Boris!

There is no doubting that London is one of the most popular cities in the world, visited by millions every year, wished upon by many more – London certainly has the ingredients to be a country itself.

But fear not, something tells us that it will be a very, very long time before we see a breakaway London country. While fun to think about the practicalities of it, we just couldn’t imagine a Great Britain without a London, after all, London is what makes Britain Great.