The United Nations Educational, Scientific and Cultural Organization (UNESCO) lists various places around the world as of special cultural or physical significance. As of 2013, there were 981 listed sites around the world, with 28 in the United Kingdom and its overseas territories. Visiting World Heritage Sites makes for great UK breaks and trips away, so here are some of the best if you’re looking to inject a bit of culture into your life…

The mystery surrounding Stonehenge in Wiltshire is as strong now as it ever has been. Whilst some believe it to be the work of extra-terrestrials, archaeologists actually believe it to have been built somewhere between 3000 BC and 2000 BC as a burial site. Along with a similar site in Avebury, they are among the largest and most famous megalithic monuments in the world and are well worth a visit, especially since the opening of a new £27m visitor centre in 2013. 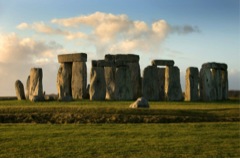 The Dorset and East Devon coat, otherwise known as the Jurassic Coast has been named as one of the greatest natural wonders in the UK. It features some stunning geological features and is famous for the number of fossils that can be found in the area. For the ramblers amongst you, the entire thing can be walked on the South West Coast Path.

The Giant’s Causeway in County Antrim, Northern Island, is one of the most unique geological sites in the UK. It is an area of around 40,000 basalt columns, many of which are hexagonal and all interlocking, formed following a volcanic eruption probably millions of years ago. However, legend has it that it was formed by an Irish giant who built a causeway across to Scotland in order to fight a Scottish giant. 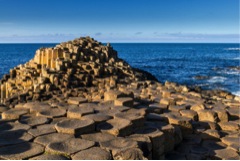 Old and New Towns of Edinburgh

It’s no real secret that Edinburgh is an incredibly picturesque and popular place to visit, but its old and new towns are actually a UNESCO World Heritage Site. The two differing styles of the towns contrast wonderfully, with the medieval layouts and architecture of the Old Town blending beautifully with the more ‘modern’ (developed between 1767 and 1890) styles of the New Town. The perfect weekend break. 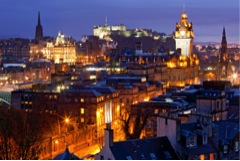 Fountains Abbey is part of Studley Royal Park in North Yorkshire and is a fantastic place to wander around and admire. Fountains Abbey was one of the large abbeys in Britain and one of the best preserved from its era. The stunning grounds mean you can make a day out of it, take a picnic and relax in the delightful surroundings. 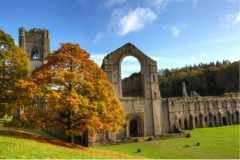 These three places are all situated very close to each other and are some of London’s most famous and visited landmarks. Westminster Palace is the home to British Parliament, whilst Westminster Abbey is a phenomenal building where British monarchs are crowned and is still in wonderful condition. St Margaret’s Church is the parish church of Westminster Palace and is an equally impressive building. A must-visit if you’re in the Capital. 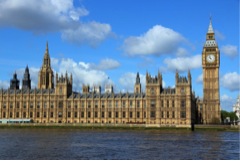 For more information on the other World Heritage Sites in the UK, click here.